"Desplazado" is tracing the innermost of people who were displaced from their land. Most of them were farmers on the fertile soils out in the wide tropical countryside of Colombia. Now their life is limited to a miserable hut in a refugee camp outside a big Colombian city. The depri- vation of homeland and belongings and the loss of dignity, human rights and culture determi- nate the lives of displaced people, “Desplazados”.

They escape the daily hardship of life in dreams full of hope and plans for the future. But the fearful memories of the past won‘t leave them alone. Questions of identity, of victims and offenders, contemplation about guilt and complicity accompany them day and night. To escape from the place of despair seems impossible - I know where I’m from, but nobody can tell me where I’m going.

They live in a state of paralysis, waiting for God to help them out. But again it‘s violence that makes the change. 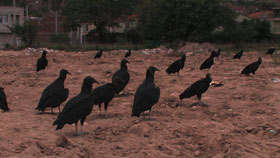 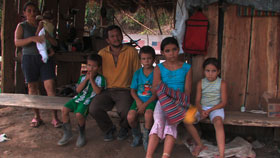 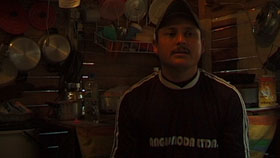