Since the end of the civil war in 1948 violence in Colombia never seized. In the mid 1960s out of a peasant army the left wing guerrilla evolved. In the 1980s the government – with the help of the drug mafia - answered by forming paramilitary groups, which systematically killed members of social movements, labour unions and left wing parties. To isolate the guerrilla the National Army together with Paramilitary Forces depopulate large areas of the country. The Guerrilla on the other hand violently displaces people who they suspect to collaborate with the enemy.

Colombia is one the countries with the highest number of internally displaced people in the world. According to Acción Social (columbian goverment's institution for internally displaced persons), UNHCR and CODHES (the biggest columbian NGO for human rights) more than 7 Million (out of 45 Million inhabitants) live as „Desplazados“. They leave the countryside for the city where they think to be safe.

Armed conflicts in connection with drug trafficking and the war on drugs also force many people to leave their homes.

Some years ago the Colombian government implemented a demobilization process for the paramilitary groups offering those who turn in their arms a small pension. But many of those who participated in it were stand-ins rather than paramilitaries, and some of the groups remain active.

Others who supposedly demobilized continue in illegal activities like controlling the poor areas and the camps by extortion.

But many of those who participated in this process were stand-ins rather than paramilitaries, and some of the groups remain active. Others who supposedly demobilized continue in illegal activities. Squadrons of former Paramilitaries now control the poor areas and the camps by extortion. The violence follows the “Desplazados” from the countryside in the cities.

Lately multinational corporations are using the „established instrument“ of displacement to enforce their economic interest in areas were they intend to exploit coal or gold deposits or to set up palm oil plantations. 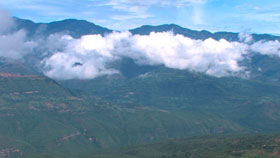 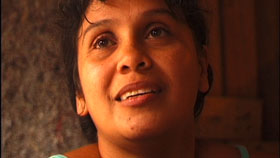 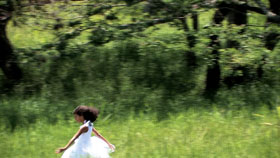